With the PCA har forces of George Soros, and from a number of conversations I’ve had with the Revoice crowd, the question that keeps coming up: are sinful desires sinful?  The more you reflect on this, the harder a simple answer is. 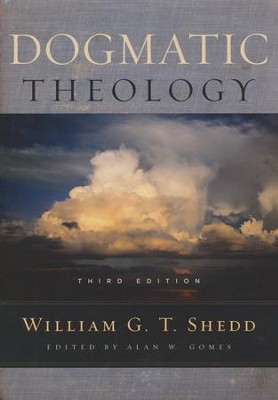 Someone will say, “But Jesus was tempted in all things as we are, yet without sin.”  That’s true.  So there is a type of temptation which is not sinful.  But Jesus didn’t experience every type of temptation.  He didn’t experience the alcoholic’s desire for another drink, for example.  In any case, I wanted to look at what Shedd said on concupiscence.

Voluntary, not volitional.  It was will as desire, not will as volition (Shedd 552).  The difference between Jesus and, say, Adam was that the former did not lust after the supposed good.  True, Satan tempted his externally, but Jesus did not secretly want to violate God’s will, even if he didn’t via actions (553).

This kind of desire is called epithumia, which St Paul labels as sin (hamartia) in Romans 7:7.

Shedd points out that concupiscence is different from natural desires such as eating and drinking.  Gluttony, by contrast, is something more.  It is not instinctive.  It involves the will.

Key point:  sin isn’t just in the act, but in the sinful inclination that precedes the act (557).

That raises another question: let’s say that someone lusts after a woman who isn’t his wife.  By the grace of God, though, he refrains from committing adultery.  Did he sin?  Well, he didn’t commit adultery and that is eternally in his favor (speaking humanly). But he did sin with the lust.  That’s why the Shorter Catechism rejects that all sins are equally heinous in God’s eyes.

Shedd continues: “Original sin as corruption of nature in each individual is only the continuation of the first inclining away from God” (571).

Summary: When temptation comes from without, it is innocent (or at least we are until we accede to it).  When it arises from within, it is already sin (though of course the sin could be compounded).

2 thoughts on “Concupiscence in Shedd”